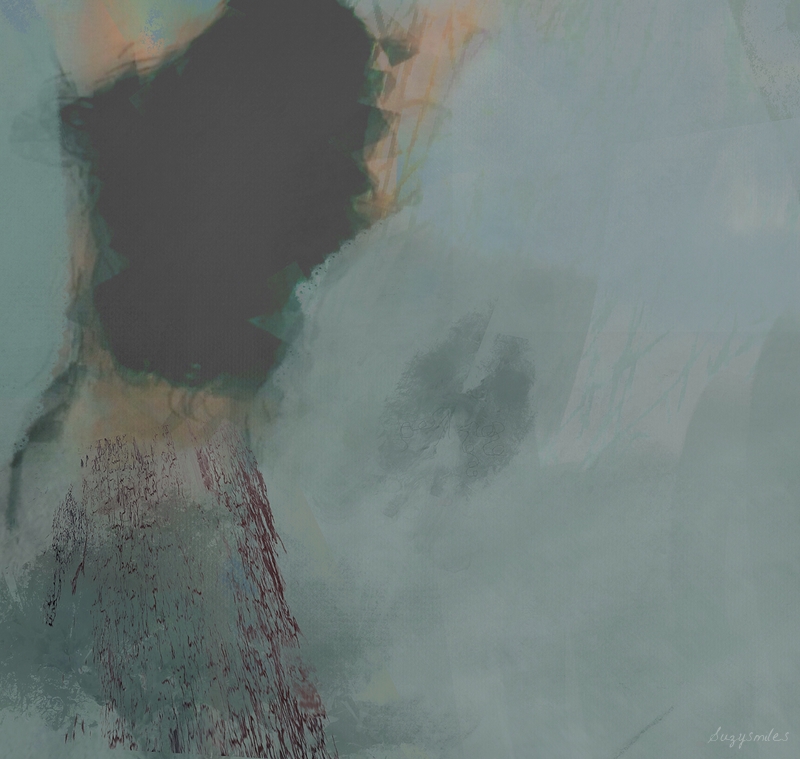 Did you ever lay within the sand on a beach? Feeling the touch of the wet sand as it ebbs and flows its way to the shoreline. This is an impression of a moment within that experience. The many parts within this composition came together to create this work. Photographs I have taken and brushwork for interpretations. Thank you for your appreciation.
Music choice by Mint Julep
Mint Julep is Keith & Hollie Kenniff
https://youtu.be/ftO4LneX3_I

"A Pennsylvanian by birth, Keith Kenniff is an honors graduate of Boston’s esteemed Berklee College of Music, best known as the brains behind dulcet ambient/electronic practitioner Helios and the fingers on the ivories of post-classical piano minimalist music as Goldmund (the latter’s music once described by no less an authority than Ryuichi Sakamoto as “…so, so, so beautiful…”). Together with his wife Hollie, Keith also records as Mint Julep, and the two released their debut album “Save Your Season” which NME coined as “Unquestionably Beautiful”. A succession of albums under those aliases has made Kenniff the darling of discerning critics and his music has been widely used in film, tv and advertising, for clients such as Apple, Facebook, Google, Paramount, MTV and Warner Brothers."

All images here are Copyright © Susy Kamber. All Rights Reserved - please do not copy, download or use this image in any way without the expressed permission of the owner.

Thank you for your attention to my work and your comments and appreciation!!! I seek to inspire and enjoy capturing and interpreting and bringing my work to Aminus3. I very much enjoy viewing your work!!!!!!! Thank you, Susy

There is a beautiful flow to this. I like that you imagine music with your images.

@Ruthiebear: Hi Ruthie, I hope you had a good weekend!!!! Thank you so much and yes, music often accompanies my work:) Have a good week!!!! Susy

A great abstract captured here with an interesting write-up!!

@Steven: Yes, I write occasionally, mostly when something I see sparks that desire. Mostly poetic stuff. Thank you!!!!!!

@Nicou: Thank you for your keen observation!!!! Thank you so much!!!!!

A wonderful abstract image. I can just feel the water and the sand!